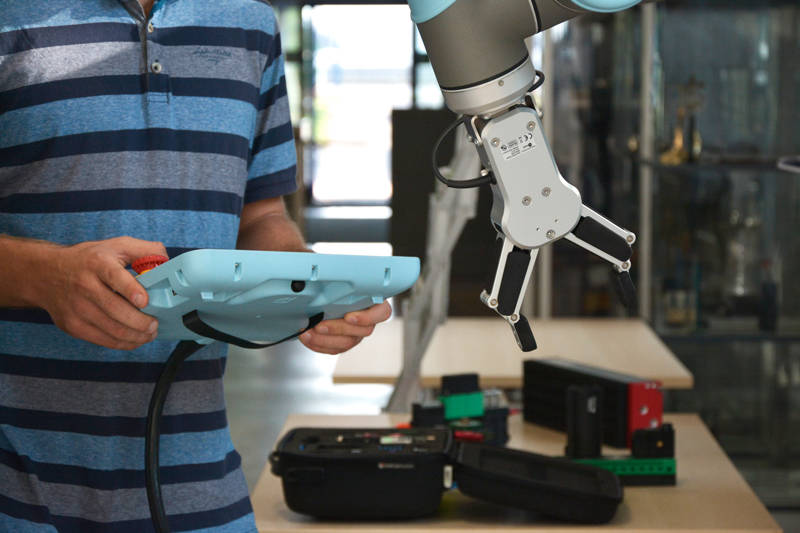 The ‘First Forum on Robotics’ was held on October 18, 2017.  The event attracted dozens of people to PIAP and established a platform for discussion on opportunities, challenges and limitations related to robotisation. Read the account covering the hottest parts of speeches by PIAP’s experts on collaborating robots. 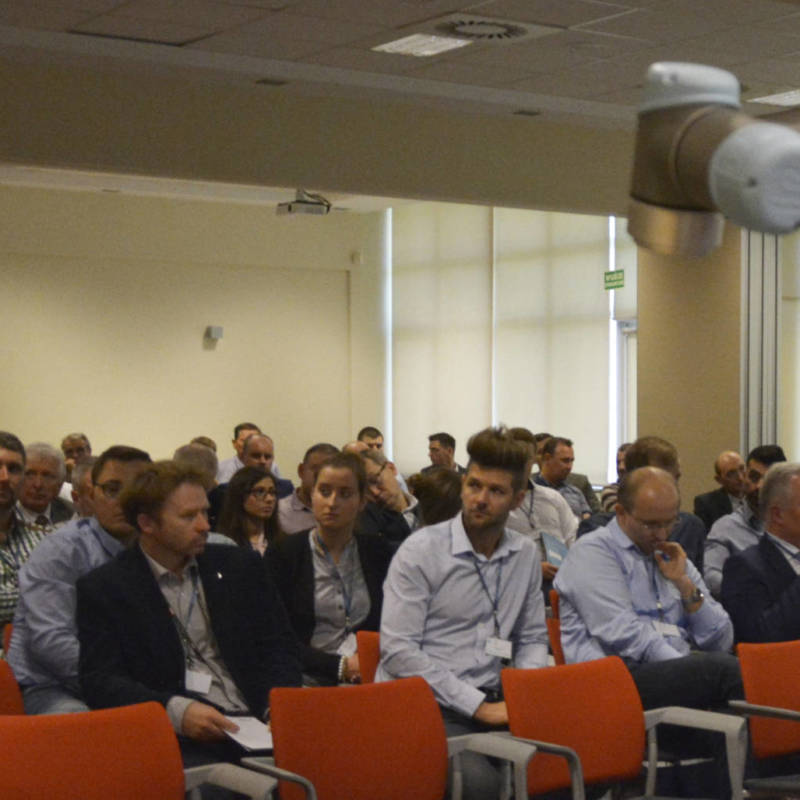 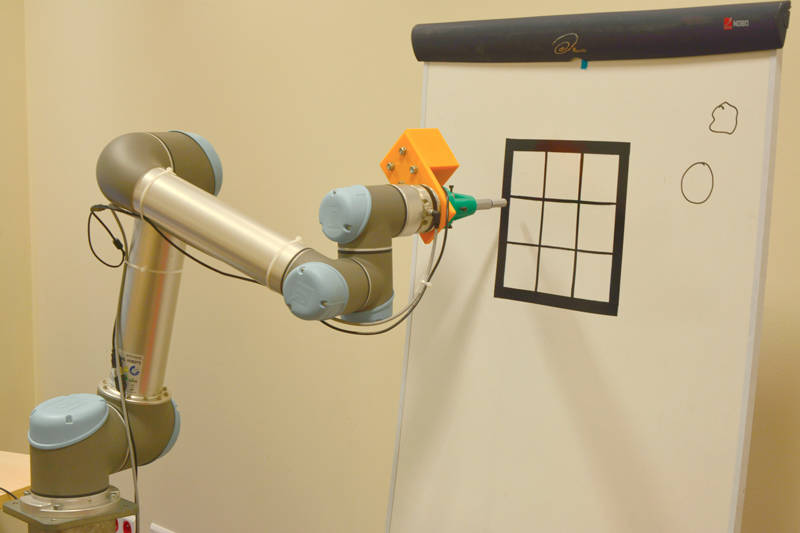 The Cobotics Forum is the first Polish conference devoted to collaborating robots, AKA ‘cobots’. The debut of the Forum, held under the honorary sponsorship of the Ministry of Development, was organized by the Industrial Institute for Automatics and Measurements (PIAP) and by Encon-Koester on October 18, 2017. While welcoming guests and participants of the Cobotics Forum, Prof. Eng. Piotr Szynkarczyk, Sc.D., the Director of PIAP, emphasized that propagating information on advanced technologies and working towards their development were a part of the Institute’s mission.

“ Our Institute often acts as a kind of an industrial hub. We are working to advance industrialisation, automation and robotisation of the Polish industry, particularly in the context of the omnipresent concept of the Fourth Industrial Revolution. We would like advanced technologies in Poland to develop dynamically and this is what this event is devoted to,” said Professor Szynkarczyk.

Without doubt, cobots that implement simple automation are one of important drivers for industrial development in Poland and worldwide. As the Forum noted, collaboration between man and robot is much more effective than isolated work of either of them. What is more, such an investment repays itself very quickly: within 195 days, on average. Simple and rapid installation is another important aspects. Hence the interest in the demonstration: a universal robot (UR) was assembled from the scratch on the eyes of the audience.

Preparing a company for cobotisation

The presentations by Mr. Łukasz Wojtczak, the Representative of the PIAP Director for Industrial Applications, and by Mr. Marek Petz, the PIAP’s Expert on robotised industrial applications, raised much interest. The former discussed issues involved in preparing a company for cobotisation, the other elaborated on applications of universal robots.

Development of new technologies including robotisation and cobotisation would not be possible without sufficient financial outlays. How to source funds? This question was answered by Mr. Krzysztof Lipiec, the Director’s Representative of the Industrial Institute for Automatics and Measurements (PIAP) for Business Partnerships and by the President of PIAP-ScienTech who discussed current opportunities for public financing of investments in innovative technologies.

Science and research for Industry 4.0

Many visitors got interested in the PIAP’s robotized station for product quality control. “This station, representing a new level in quality control, is just one example of our R&D work that is strongly focused on implementing applications in line with the Industry 4.0 philosophy. Automated applications developed by the Institute respond to requirements of contemporary industry, in this case to the expectation of very accurate measurements of product quality,” concluded Engineer Maciej Cader, Sc.D., the Manager of the Laboratory of Rapid Prototyping and Numerical Computations.