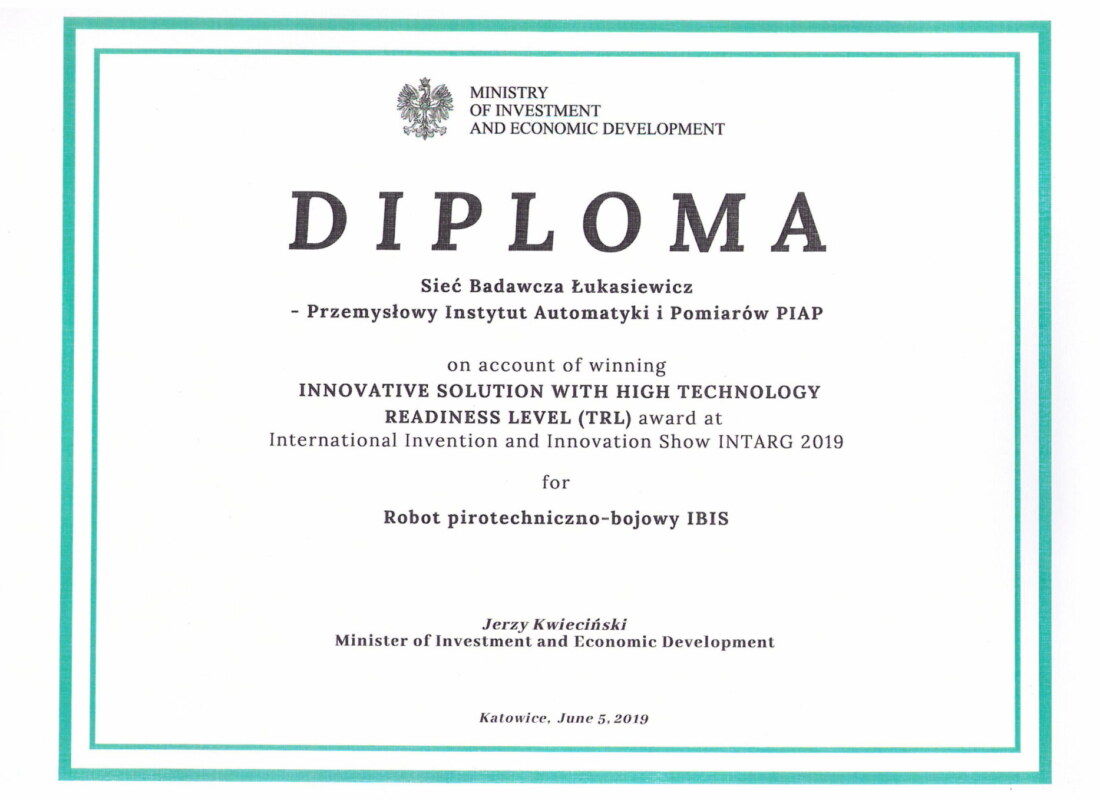 18 awards in one year

January is the perfect time for annual summaries. The year 2019 was full of awards granted to the Łukasiewicz Research Network – Industrial Research Institute for Automation and Measurements PIAP. The 18 won awards included both national and foreign prizes. 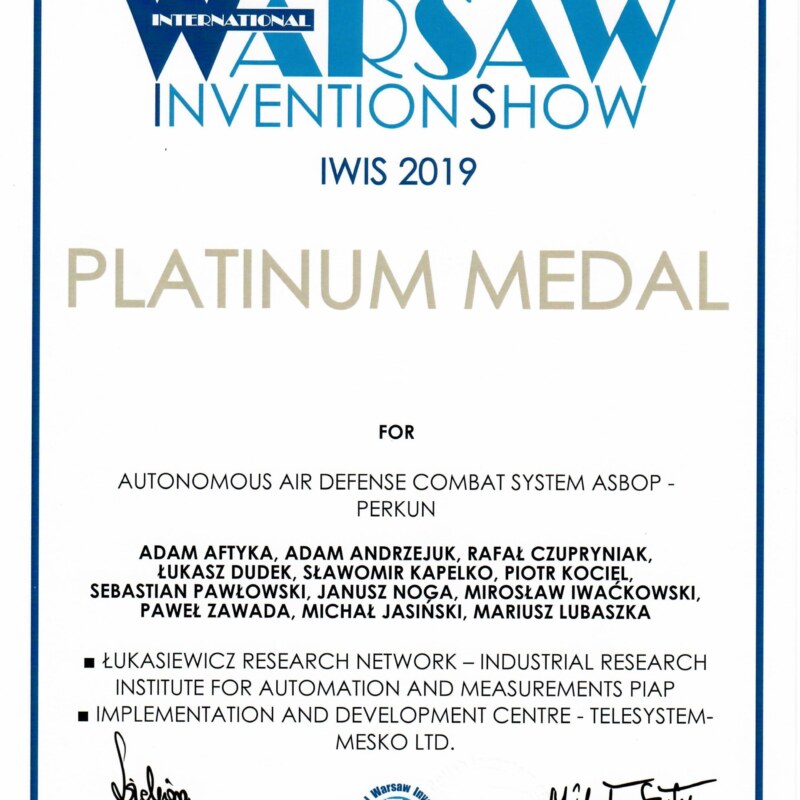 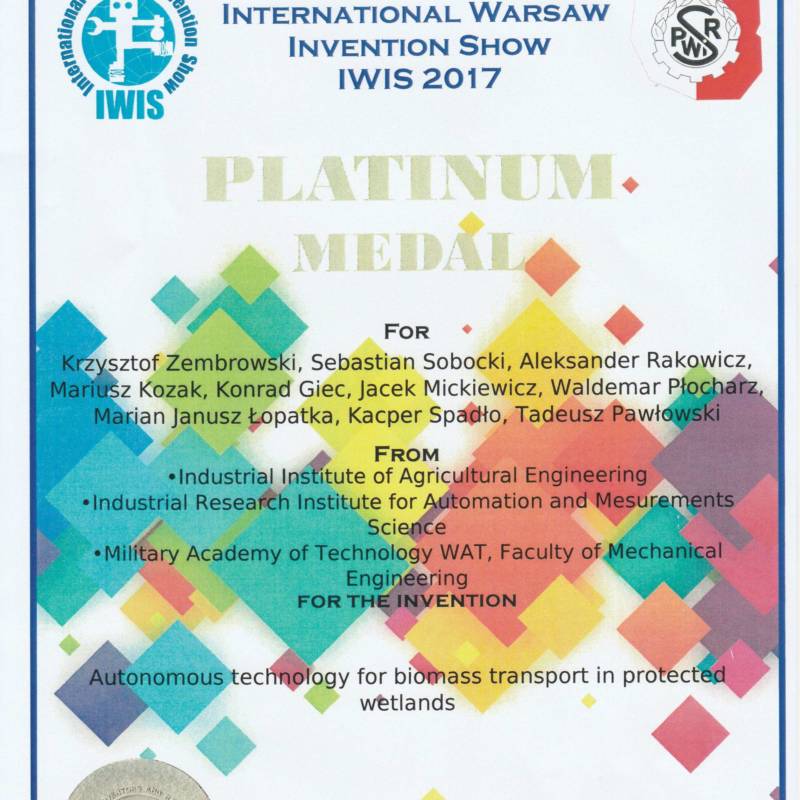 Three medals were awarded to the Institute during the International Warsaw Invention Show IWIS 2019, where the institutes included in the Łukasiewicz Research Network showed off for the first time. In total, they were awarded as many as 13 medals, and Łukasiewicz – PIAP Institute was the record holder, which won three awards: platinum medal for the ASBOP-PERKUN Autonomous Air Defence Combat System, gold medal for the R-TPD Remotely Controlled Portable Tire Puncturing Device and bronze medal for the Hybrid method of rapid reconstruction or manufacturing of custom machine parts for modern production lines.

The presence at the International Trade Fair Ideas, Inventions, New Products iENA in Nuremberg resulted in two distinctions won by the PIAP IBIS robot – the bronze medal and a special prize.