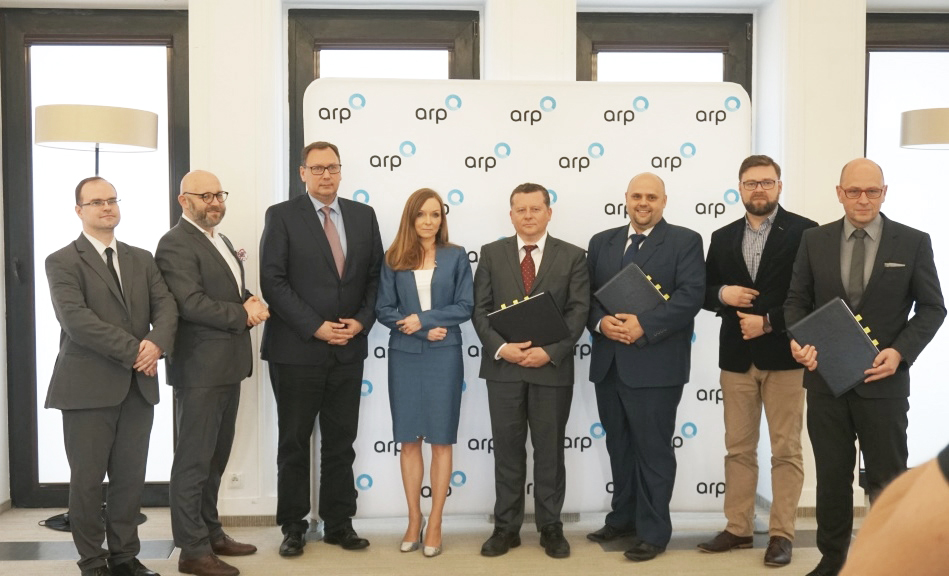 Industrial Development Agency invests in PIAP Space. The contract signed on 24 May 2019 states that ARP S.A. will take up a new issue of equity shares in PIAP Space (44%) worth over PLN 3 million. ŁUKASIEWICZ Research Network – Industrial Research Institute for Automation and Measurements PIAP will remain the majority shareholder. 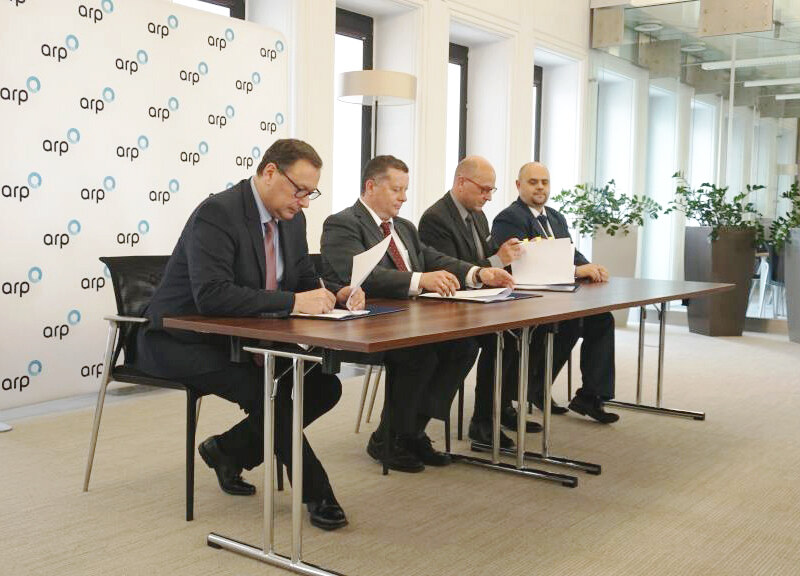 The contract is a model example of cooperation between the Polish government agencies for development of advanced engineering solutions. PIAP Space will allow us to actively and commercially approach new projects. The technology and know-how will be provided by ŁUKASIEWICZ Research Network – Industrial Research Institute for Automation and Measurements PIAP, whereas the financing for rapid development will be provided by the Industrial Development Agency S.A. The potential of space robotics combined with the input of ŁUKASIEWICZ – PIAP Institute and ARP S.A. will guarantee a commercial success.

– Space robotics is one of the technological niches and an area of specialization for Polish companies that should be utilized to its full extent. It is estimated that the global market for this will keep growing and will reach USD 3.5 billion in 2025. It should be a priority to use all the capabilities offered by PIAP Space, says Dariusz Śliwowski, vice-president of the Industrial Development Agency S.A. – The Industrial Development Agency has a history of investment in space industry: the Agency has created the first business incubator in Poland for the European Space Agency. We regularly organize competitions for the space industry internships to develop the skills required in space industry. Direct involvement in PIAP Space is yet another step in improving the financial standing of the company. It is a key step, since the Polish industry is ready to be involved in the most advanced projects and our task is to make the transition smooth – adds Dariusz Śliwowski.

PIAP Space is a spin-off company established in 2016 by the Industrial Research Institute for Automation and Measurements PIAP. The company is involved in development and commercialization of robotics in space technologies. PIAP Space specializes in orbital and planetary robotics, mechanical ground support equipment (i.e. MGSE) and satellite mechanisms based on automatics and mechanics. – Gaining a long-term investor is a major step in company’s development. It will let us invest in infrastructure and improve the competitiveness of PIAP Space on the European market – says Patryk Koć, vice-president of PIAP Space Sp. z o.o.

Using robotics in space has met new challenges in recent years including in-orbit services, satellite refuelling or deorbiting of decommissioned satellites. Currently there are 7,000 satellites including 1,200 working satellites in the Earth’s orbit. The plans of creating constellations of hundreds of satellites developed by multiple companies combined with the existing risks posed by the space debris will require deorbit capabilities. Considering the market potential, the expertise in space robotics has a major development potential.

– ŁUKASIEWICZ – PIAP is one of the market leaders in robotics for the defense industry in Europe. Investment in PIAP Space is part of our strategy to diversify our operations. The space industry will allow us to utilize our entire technological portfolio and access the most prestigious and challenging projects in space robotics in Europe – says Piotr Szynkarczyk, PhD, president of ŁUKASIEWICZ Research Network – Industrial Research Institute for Automation and Measurements PIAP.

Industrial Development Agency S.A. (ARP S.A.) actively promotes and supports space industry at home and abroad. Supporting the staff in skill development and gaining new competencies is a key part of our activities. ARP S.A. has organized an internship program “Space industry staff development” and in 2019 will hold its 4th edition. The program is addressed to the graduates of technical studies and young scientists, which for 6 months will gain experience working for the space industry companies. ARP S.A. will cover 50-60% of the trainee employment costs. The company also supports student and sponsors the Student Astronaut Research Club at the Warsaw University of Technology.

Industrial Development Agency S.A. (ARP S.A.) is a state-owned company and part of the Polish Development Fund Group. Since its establishment in 1991, the company has been responding to the needs of Polish economy. In the transformation period, ARP S.A. has saved over a thousand jobs by modernizing large and medium enterprises. ARP S.A. company portfolio includes production companies operating in the following industries: construction, power, electromechanical engineering, industrial design and innovation. ARP S.A. manages two special economic zones: SSE EURO-PARK MIELEC and TSSE EURO-PARK WISŁOSAN. ARP S.A. is seated in Warsaw and has branches in Katowice, Mielec and Tarnobrzeg with offices in Radom and Wrocław.

ŁUKASIEWICZ Research Network – Industrial Research Institute for Automation and Measurements PIAP is a Polish centre for new technologies. The institute was established in 1965 and since April 2019 has been a part of ŁUKASIEWICZ Research Network. The Institute specializes in automation and robotization of the production lines and factories, mobile robotics for security, 3D printing and space technologies. It is involved in research and development projects and develops, manufactures and supplies mobile robots for special purposes, including counter-terrorism and explosive ordnance disposal robots to 18 countries internationally. The Institute employs 300 staff working in interdisciplinary teams. The institute is seated in Warsaw and has a branch in Toruń.

ŁUKASIEWICZ Research Network is the third largest research network in Europe providing an advanced technical and knowledge base for the public administration and an actual bridge between science and economy. The network independently or with the entrepreneurs completes key business projects using the latest research facilities and unique know-how. The network includes 38 research institutes located in 11 Polish cities.