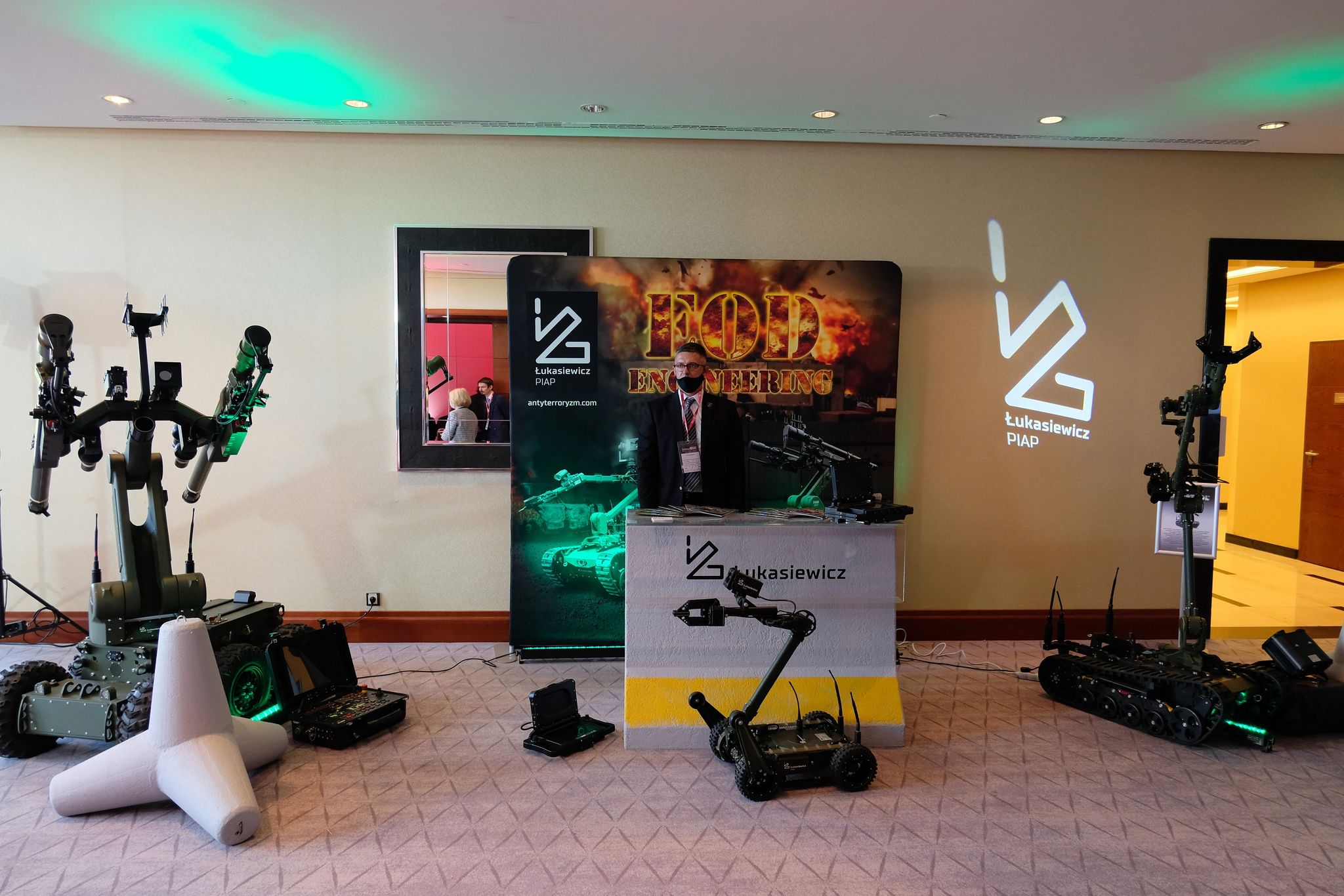 On Tuesday, 22 September, the second edition of Defence24 Day conference organized by Defence24 Group took place in Warsaw. Łukasiewicz – PIAP has presented several designs and solutions as a response to a growing demand by military and special forces for special unmanned reconnaissance vehicles and robotised shooting targets. 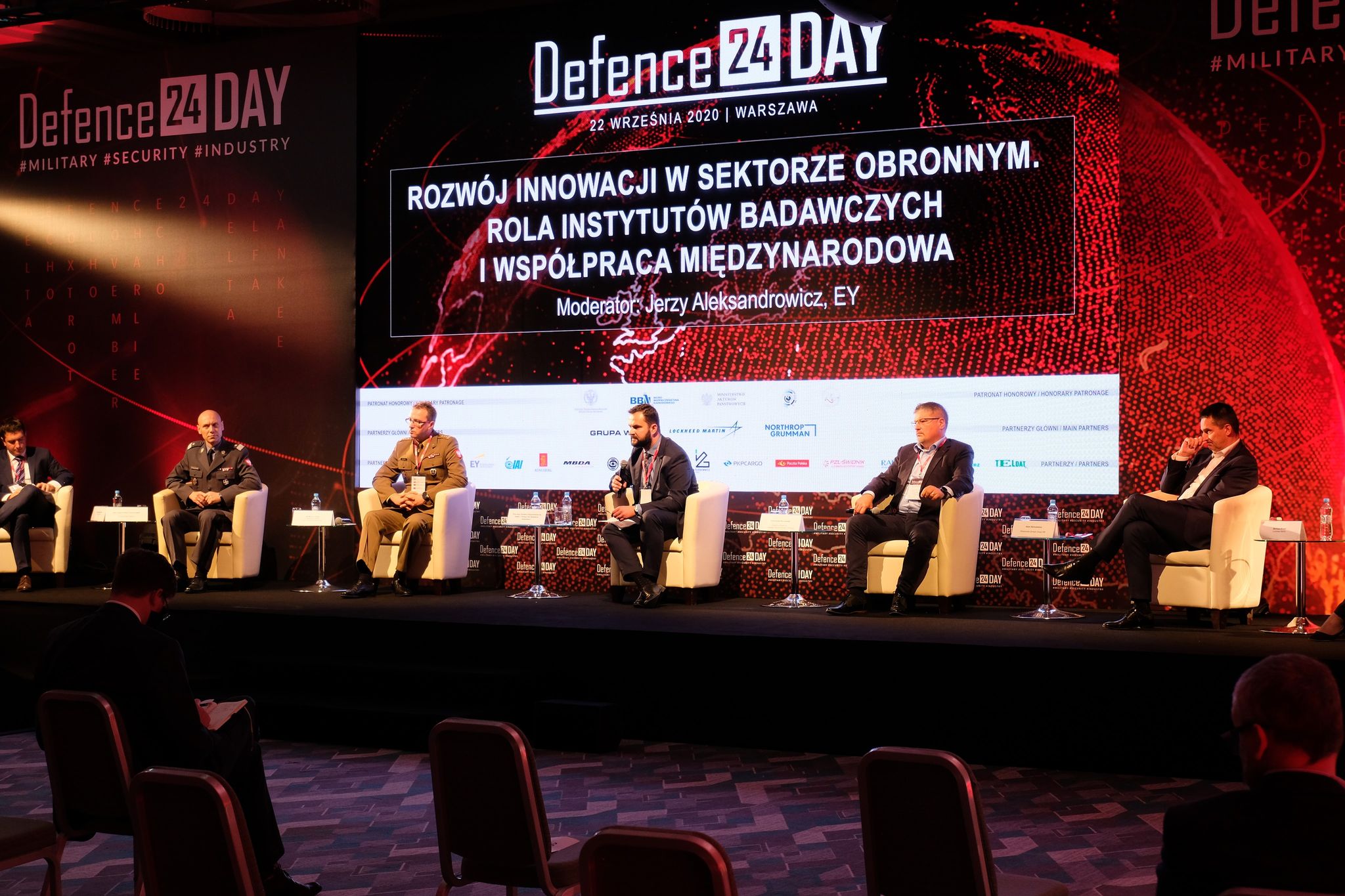 The main topic of this year’s event was a reform of the equipment acquisition system for the Polish Armed Forces. Consolidating the distributed competencies in the equipment acquisition system, creating a single organisation responsible for the entire life cycle and reinforcing the military-industry coordination are the main goals of the concept behind the Armament Agency presented by Mariusz Błaszczak, Minister of National Defence.

A discussion panel “Development of innovation in the defence sector. The role of research institutes and international cooperation” was part of the conference discussing the cooperation between the research institutes and the industry, and the significance of participation in the key international projects, e.g. in the space industry. ŁUKASIEWCZ has been established to aggregate the research capabilities and create new solutions with high technological readiness level, says Piotr Koza, director of the Research Department of Łukasiewicz Research Network. The network has observed a significant progress in the approach to innovative projects, research and development works, including the pilot programs for pre-commercial procurement. It is a revolutionary approach in the research works for enterprises. Brigadier General, Karol Dymanowski, PhD, Director of the Armament Policy Department of the Ministry of National Defence has noted the necessity of cooperation between the industry and the research institutes in technological development in any area, in particular, defence, strategic from the point of view of national security.

“Digital Battlefield” was a motto of one of the last discussion panels at this year’s Defence24 Day. A representative of Łukasiewicz – PIAP, Józef Wrona, BEng, PhD, DSc, a plenipotentiary of the Director of Defence Projects was invited to the discussion panel. The speaker has discussed a topic of robotic consciousness, based on the concept of perceiving the robot as a team member supporting its human team members or replacing them in hazardous situations. – The robots, including the armed robots, are commonly used on the battlefield, as can be seen in the Russian operating concepts used in Syria, says Józef Wrona. It requires international cooperation, also when developing, the procedures for using the ground robots on the battlefield, adds Józef Wrona, emphasising the fact that the robots currently developed in Poland, including ASBOP-PERKUN, are the first steps taken by Łukasiewicz – PIAP in the field of armed robots.

HUNTER is a mobile unmanned hybrid platform for rapid response operations (3.5T) supporting various interventions including the state border security operations. The platform can reach speeds up to 50 km/h in any terrain while carrying out patrol and reconnaissance operations.

ATENA, autonomous system for all-terrain ground platforms with target tracking allows control of the transport platform to support the infantry, form convoys and limit the number of personnel required during vehicle and equipment transport. The system can be installed on different mobile platforms including vehicles, robots and quads. Ford Ranger pickup truck fitted with the system was presented at the D24Day conference.

MOBI-TARGET is a system of smart mobile shooting targets with an advanced hit detection system and composite armour. Each target includes a control panel with a configuration, control and data visualisation software. The system detects a hit on the target and sends a message to the control panel. The shooter or the training instructor receives information about the hit parameters and target location at the firing ground during the target practice.

A medium-sized tracked robot PIAP PATROL (95 kg) used for detecting and neutralising targets may replace or support personnel in the most dangerous situations. Its design allows installation and simultaneous use of multiple accessories. The robot’s lightweight control panel supports both mobile X-ray systems and CBRN sensors. The dimensions and drive system allow robot operation inside the buildings and in the extreme terrain conditions.

A light reconnaissance robot PIAP FENIX (15 kg) is designed for reconnaissance missions in a direct vicinity of military operations in locations inaccessible to human personnel. The robot can operate for up to six hours and the day and night cameras (optional: thermal vision and night vision cameras) installed on the mobile base of the robot can be used for 24/7 observation.

ASBOP–PERKUN Autonomous Air Defense Combat System developed with Telesystem-Mesko is a technology demonstration model installed on a remotely controlled IBIS mobile robot (320 kg). The system combines high tactical mobility with immediate response to the air threats including winged rockets, unmanned aerial vehicles (UAVs), helicopters and combat aircrafts. The system is armed with GROM/PIORUN rockets and includes built-in means of target detection and is compatible with IFF (Identification Friend or Foe) systems. The targets are indicated by the external command system, radar, infrared alert system or detected using the integrated optoelectronic devices. The system operator remains in a safe place far from the combat station and can coordinate operation of several combat robots simultaneously. 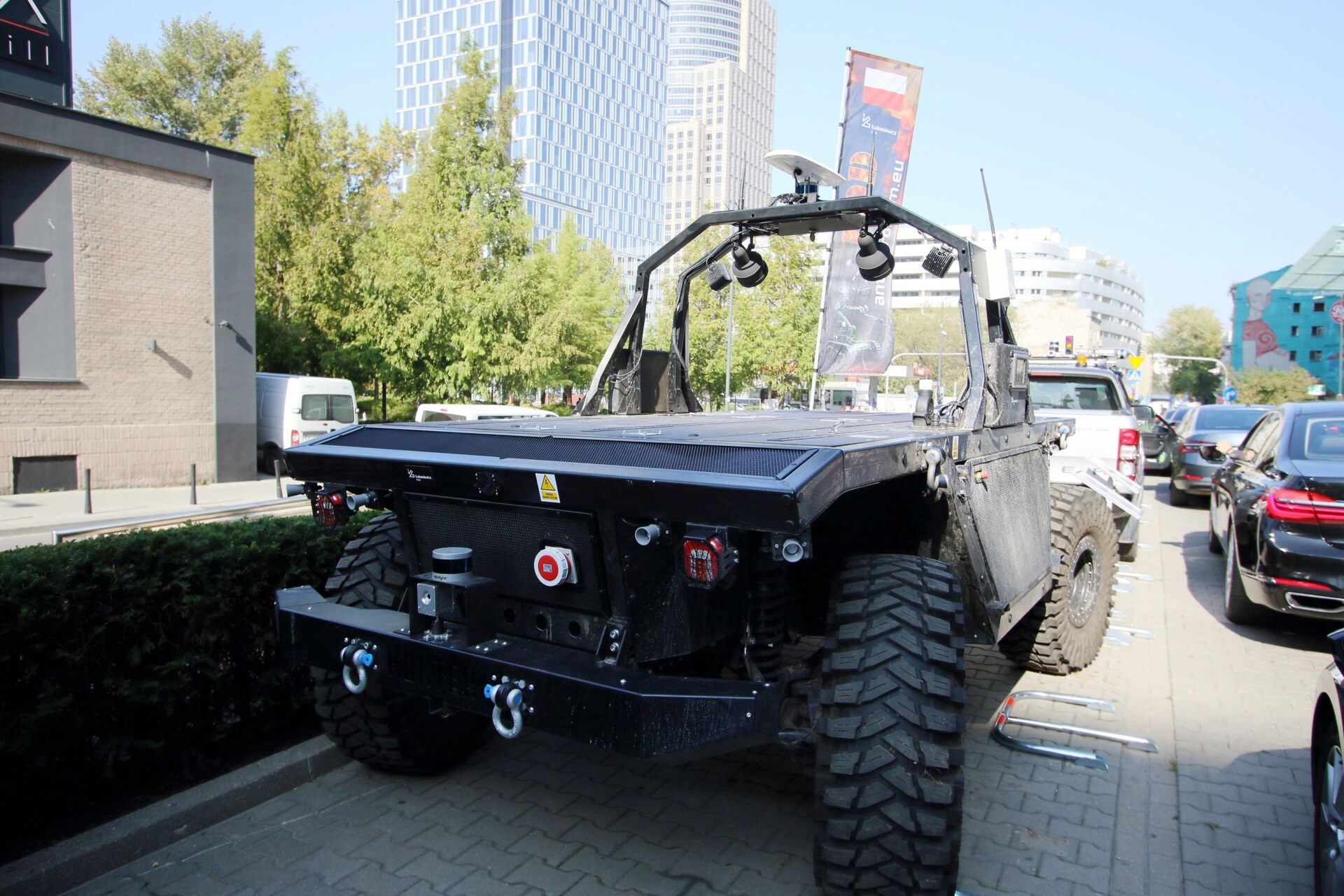