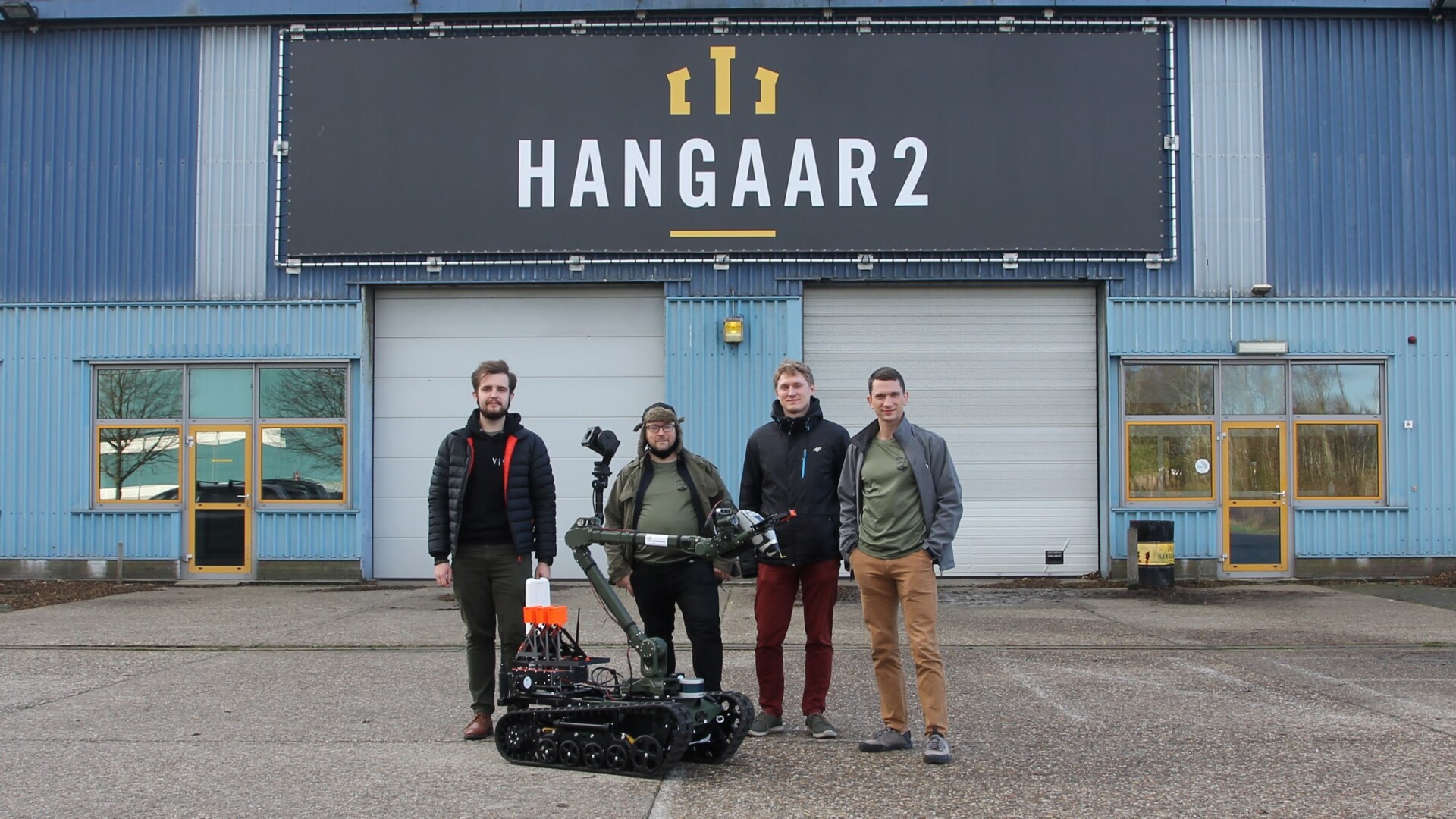 Engineers from Łukasiewicz – PIAP in the Space Resources Challenge competition

Polish engineers created a robot for exploration of lunar resources. Engineers from Łukasiewicz Research Institute – PIAP in cooperation with ING PAN registered in the competition held in the Netherlands and Luxembourg, organised jointly by the European Space Agency and ESRIC. 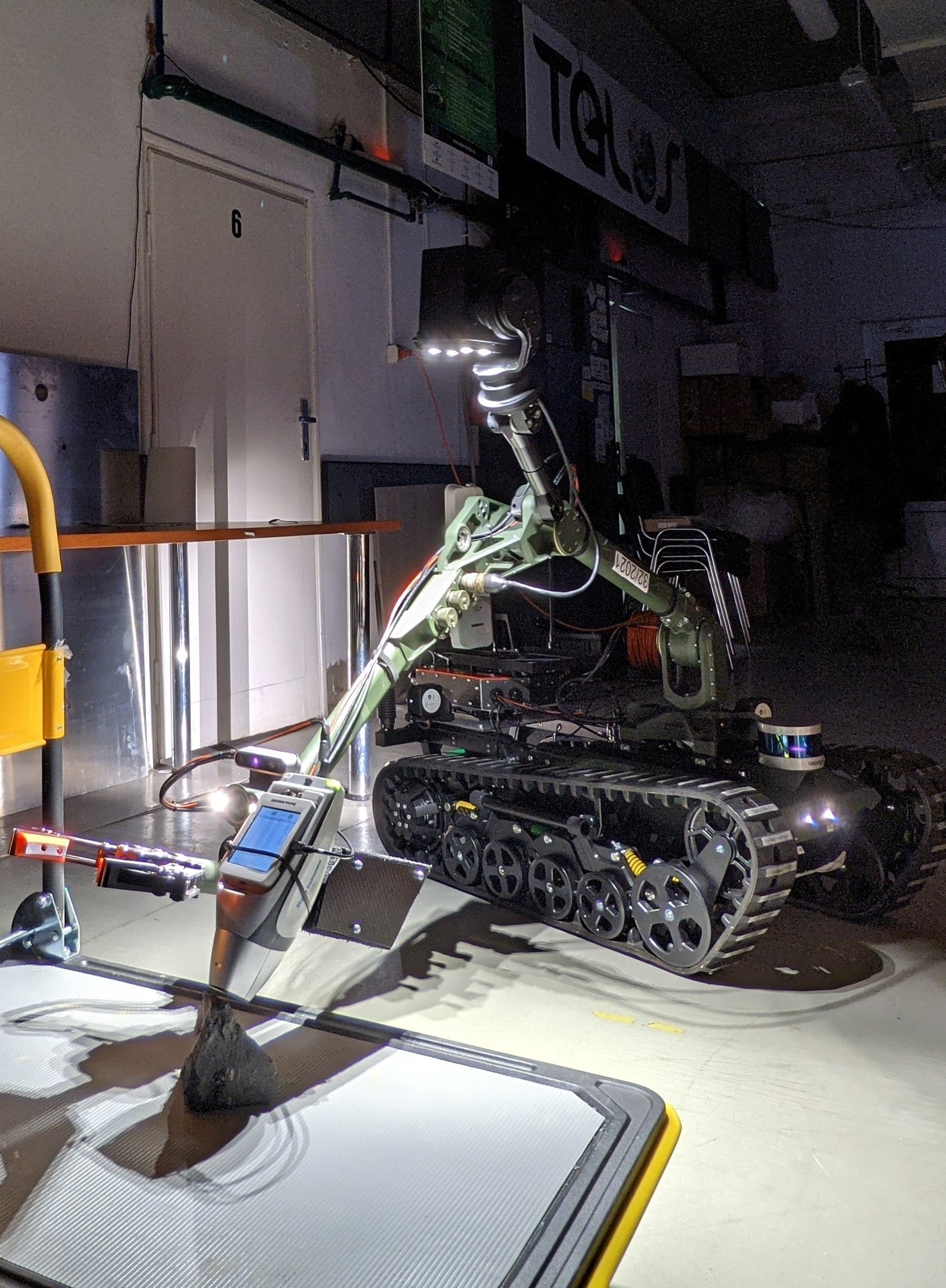 After passing the selection stage, Polish engineers joined a group of 13 institutions from Europe and Canada. In November 2021, they went to the Netherlands to a test track imitating the moon-like environment, specially prepared by the ESA. In a given time, they were to get through an obstacle course in the terrain and collect data on interesting geological structures. They fulfilled that task and now are waiting for results of the assessment carried out by ESA specialists. “Participating in the competition of the European Space Agency is an extraordinary experience. We can observe how robots perform their tasks related to searching the unfriendly environment. This robotics application will be the foundation for future exploration of the Solar System, and European entities may perform a significant role in that task,” explains Piotr Szynkarczyk, PhD. Eng., director of the Łukasiewicz Research Network – Industrial Research Institute for Automation and Measurements PIAP.

Four persons were involved directly in the tests: Jakub Główka, Filip Jędrzejczyk and Michał Bryła from Łukasiewicz – PIAP, and an expert in the field of geology Łukasz Kruszewski from the Institute for Geological Sciences of the Polish Academy of Sciences (PAN). Many members from several departments of the Łukasiewicz Institute – PIAP took part in intense preparations prior to the event.

The Space Resources Challenge is the first competition of this kind organised by the European Space Agency. The main idea is to propose and test the robotic system for raw material reconnaissance on the Moon to enable future exploitation of extra-terrestrial resources. The tests as part of the current stage of the competitions were carried out on 22-27 November 2021 in Noordwijk, the Netherlands.

Five winners of that stage who will be selected in January 2022 will be provided with funds for improving their solution and will be able to take a similar test one more time in September 2022. There will be only one winner. They will receive an opportunity to develop the technology and form part of the supply chain of the ESA for the purposes of flight to the Moon.

A finalist shall deliver ready elements which, together with a complete system, are to land in the region of lunar southern pole in 2029 as part of the European Larger Logistic Lander mission. It is one of the currently planned Moon missions, apart from the well-known Artemis mission whose aim is to build a transit and research station on the lunar southern pole.

Link to the event: https://www.spaceresourceschallenge.esa.int/

Polish rover in the ESA

The robot sent to the competition is a mobile platform weighing 100 kilograms and designed for visual reconnaissance of terrain. For this purpose, a special version of the robot was developed on the basis of PIAP Patrol platform. It is equipped with special cameras and a tracked wheeled drive system ensuring increased mobility on uneven terrain.

The works preparing the rover for the ESA competition were performed at the Łukasiewicz – PIAP headquarters and were conducted from own resources. There was very little time, so a lot of problems were solved in the last moment. Also, an expert in the field of geology took part in the project: Łukasz Kruszewski, PhD The key to a successful operation with the robot was the use of experiences and solutions collected and developed in previously implemented European research projects in the field of robotics.

The ESRIC is a shared initiative of the Luxembourg Space Agency (LSA) and the Luxembourg Institute for Science and Technology (LIST) whose strategic partner is the European Space Agency (ESA). The ESRIC combines world-leading technical, academic and entrepreneurial talents in the area of exploitation of cosmic resources.