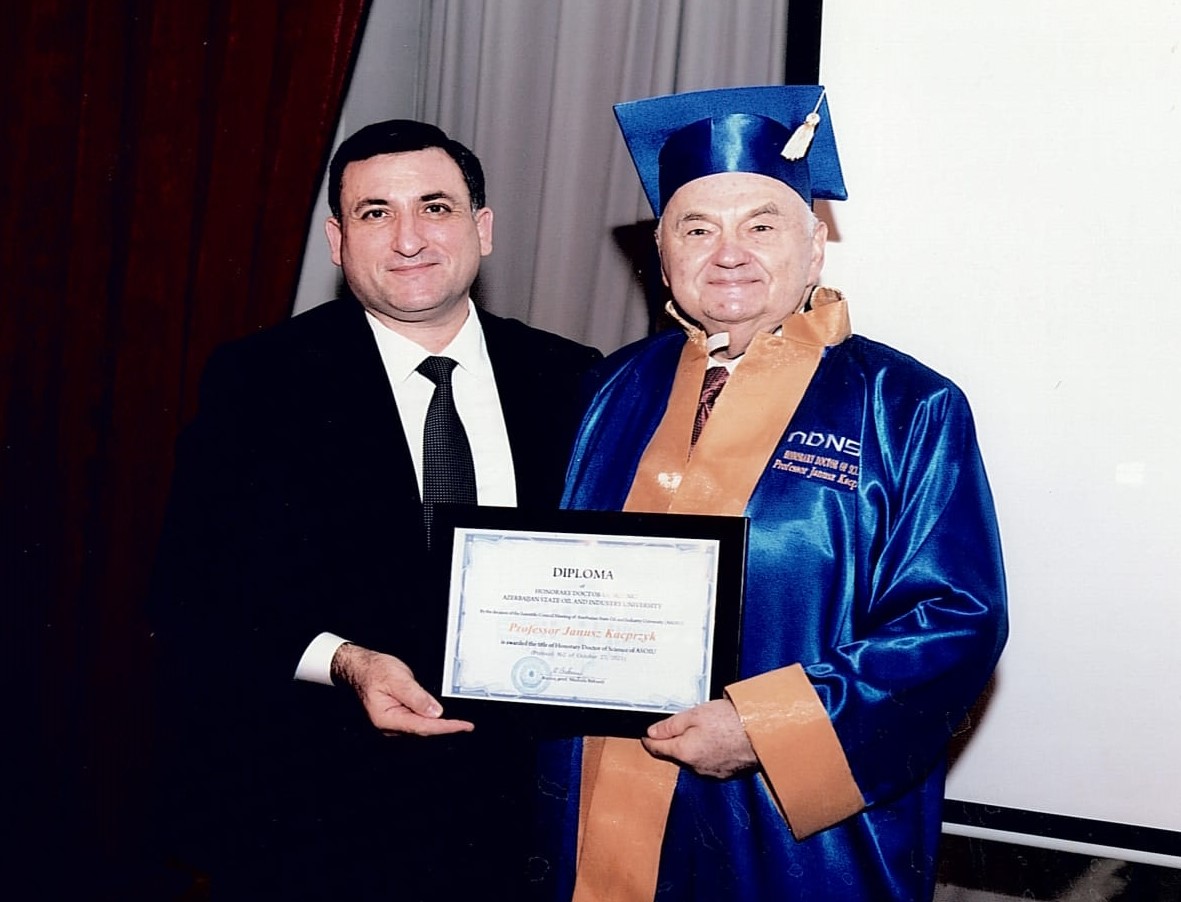 Professor Janusz Kacprzyk, editor-in-chief of the JAMRIS scientific quarterly and chairman of the Automation conference programme committee, has received another award – an honorary doctorate from Azerbaijan State Oil and Industry University in Baku, Azerbaijan.

Prof. Janusz Kacprzyk has been co-operating with the Azerbaijan State Oil and Industry University for years, among others, in terms of support for the development of research in the field of artificial intelligence. The university recently celebrated its 100th anniversary. It was established as the Azerbaijan State Oil Academy at a time when Azerbaijan was the centre of oil production and provided engineering personnel for the entire oil industry in the USSR. Over recent years, teaching and research topics have undergone a reorientation, towards, among others, chemical technologies, biotechnology, automation, robotics, computer science, economics and management, etc. Joint programmes have been established – e.g. with the University of Siegen in Germany, Georgia State University in the USA and the University of Strasbourg in France – through which students can obtain double degrees. The university is ranked among the top universities in the region and in the former Soviet republics. 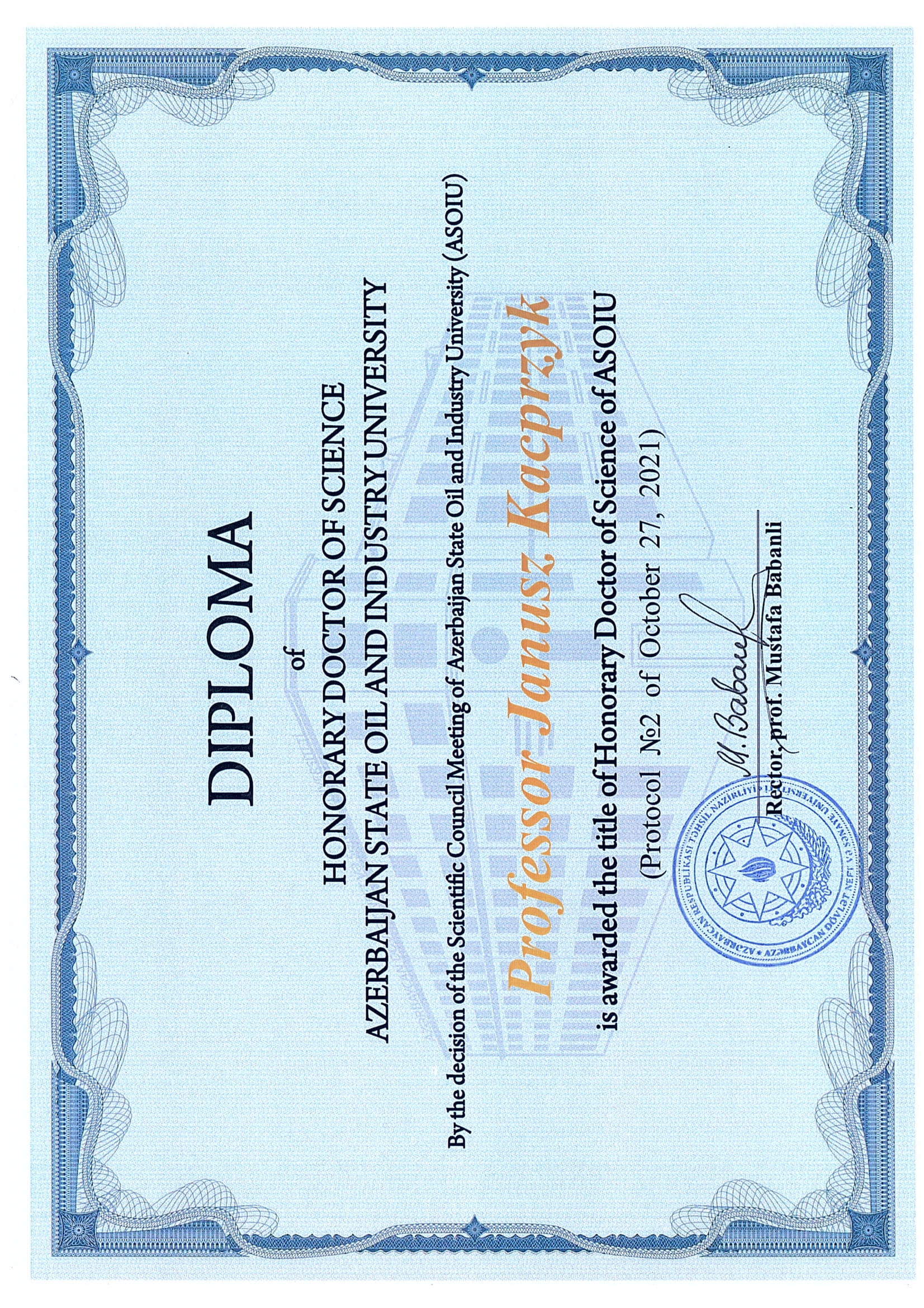 Professor Janusz Kacprzyk is an expert in the field of fuzzy logic and application thereof in databases, fuzzy methods of representation and processing of information, systems for support of decisions and neural networks. He carries out research, inter alia, on the application of information technology and AI in modelling of systems and control. He is editor-in-chief of the JAMRIS scientific quarterly published by Sieć Badawcza Łukasiewicz – Przemysłowy Instytut Automatyki i Pomiarów PIAP and a chairperson of the programme committee of the AUTOMATION Scientific and Technical Conference held by the institute. In previous years he participated in many projects carried out by Łukasiewicz – PIAP, including FORESIGHT ARP – “Foresight of priority, innovative technologies for automation, robotics and measurement technology.” He is also a member of the Polish Academy of Sciences (PAN) where he manages the Smart Systems Workshop at the Institute for System Research.

Other major titles and awards include: