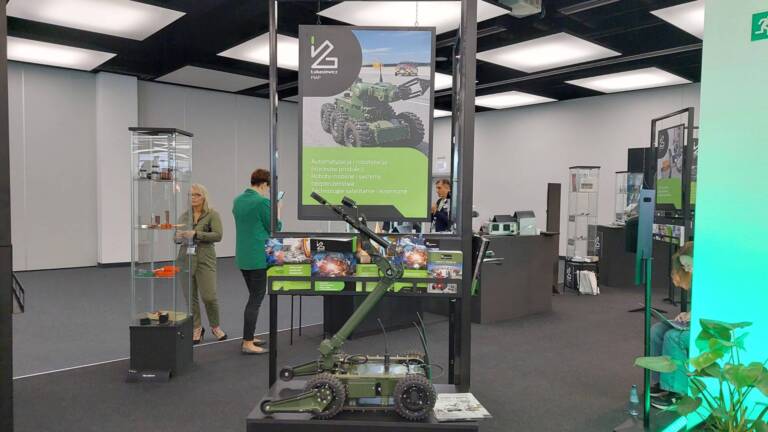 On 9 June 2022 Łukasiewicz Innovatorium took place in Poznań – an event inspiring scientists and entrepreneurs to think about R&D. At the meeting organised by Łukasiewicz Research Network both groups got acquainted, e.g. with the possibilities that they may gain by benefiting from funds within the Horizon Europe.

Łukasiewicz Innovatorium – the biggest all-Poland event from the world of R&D, organised in June in the capital of Wielkopolskie Province by Łukasiewicz Research Network – was attended by nearly 1,200 people from the world of science and business. Thanks to the meeting, the participants who frequently cope with a shortage of funds to finance research were familiarised with the way of how to solve this problem. It makes it possible to benefit from the potential created by Horizon Europe – probably the biggest in history programme for support of research and innovations, from which European scientists and entrepreneurs will be able to acquire EUR 95 billion in upcoming years.

At the meeting a lot of time was devoted to discussions and exchange of experiences on cooperation of science and business, commercialisation of scientific research and transfer of intellectual property to business. Activities of Łukasiewicz Research Network ideally meet the said needs – i.e. one of the largest research networks in Europe comprising 26 institutes and 7000 staff members, including 4500 scientists and engineers.

The numerous discussion panels were attended by rectors of the biggest Polish higher education schools, managers of institutions that are largest from the perspective of entrepreneurs and representatives of such companies as: PESA Bydgoszcz, KGHM, Orlen Group, XTPL, PKP, Atlas or Saule Technologies. During the Łukasiewicz Innovatorium matchmaking sessions were a crucial format of the meetings. Their were aimed at creating partnerships in project consortia, capable of reaching for funds from Horizon Europe. 16 sessions and workshops concerning safety & security and defence were held. Representatives of a lot of Polish companies (e.g. Quib Construction, Hynfra, Ecotech) and higher education institutions, as well as foreign organisations (e.g. EU Robotics, EIT Health, INESC) took part in the matchmaking sessions.

At the stand where the offer of Łukasiewicz institutes was presented, most attention was drawn by PIAP FENIX robot, manufactured by Łukasiewicz PIAP (in the photo).

Brak Tagów dla tego posta.
Deklaracja dostępności | RODO
Copyright © 2022 by Sieć Badawcza Łukasiewicz - Przemysłowy Instytut Automatyki i Pomiarów PIAP
Our website uses cookies to improve your experience. We'll assume you're ok with this, but you can opt-out if you wish. Read more OK